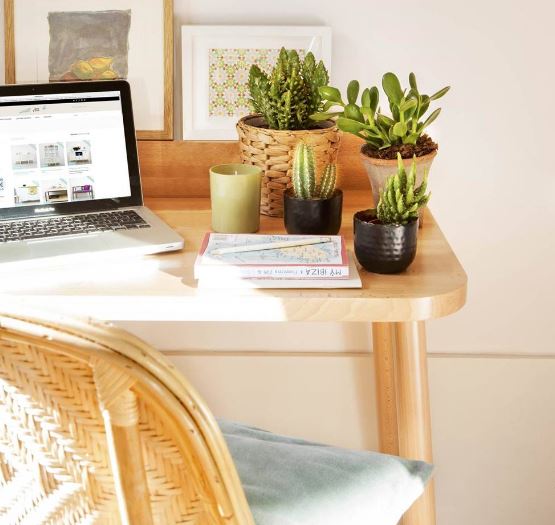 Who has not heard that having a cactus next to the computer prevents radiation from the screen? What’s more, you may, with a bit of skepticism, have fallen into the temptation of placing a small plant on your desk. But what is true in this statement?

A PLANT WITH SUPERPOWERS

Yes, cacti are green like the Hulk. But that does not mean that they can absorb all the radiation of ultraviolet rays or gamma rays, like the character of Dr. Banner, and act as a shield. What is certain is that cacti resist radiation much more than other types of plants without being noticed or affected.

In fact, even if it could absorb a large amount of radiation, it would be he who would “save” itself from possible radioactivity, not us. Unless, between you and your computer screen, you place a super cactus.

Another thing to keep in mind is that there are many types of radiation. The most harmful are ionizing (gamma rays and X-rays stand out). But for them to be harmful to health, the exposure threshold must be high. For example, we take x-ray radiographs and it does not affect us. Even the sun’s rays are natural sources of ionizing radiation and we expose ourselves every day and don’t become mutants like the X-Men.

WHAT DO COMPUTERS GIVE OFF?

Beyond science fiction or comics, you have to be calm. Computer screens do not emit any type of ionizing radiation. They indeed emit radiation such as infrared and that the computer heats up. Also, wifi and Bluetooth emit low-frequency microwaves. Just like mobiles.

WHAT DOES NASA SAY?

There are NASA studies that talk about plants that help clean the air of the most common pollutants that live in our environment. However, about the cactus, the National Aeronautics and Space Administration of the United States is silent.

DOES IT HELP TO PUT A CACTUS NEXT TO THE COMPUTER?

The answer is yes. Being surrounded by plants has many health benefits and there are plenty of reasons. Regarding the function of the cactus next to the computer, yes, it can absorb the electromagnetic waves that reach it. But remember, your computer does not emit anything radioactive or harmful to health. The electromagnetic waves that it can give off are of such low frequency that you hardly feel it. So if you want, you can take care of your cactus and leave it next to the computer. You will come out winning.

8 Great Kitchen Herbs That Can Be Grown At Your House

How to Overcome the Stress of Moving With Your Partner?

0
Removals and changes of address generate tensions, especially between the couple. In addition to patience, you have to do an exercise in assertiveness, empathy,...

Best Skills: How To Build Your Child’s Self-Esteem

0
It is often said that children learn from life. Therefore, if you are looking for a field that can help children build...

10 Tips To Get Your Kid To Eat Better

0
If your kid is not eating well and you want to learn about proper nutrition methods, the following article...

IDEAS TO DECORATE WITH VERTICAL GARDENS

0
They take up little space, are highly decorative, and offer the same advantages as conventional gardens. Plus, they look equally good indoors and outdoors....

0
Spring cleaning may become a ritual. Every year the weather starts to get warmer and the sunshine is getting longer and longer....

Let Your Baby Fall Asleep During a Nap..It’s Important

0
If your baby is caught off guard during the first few months of life, it is best for you...